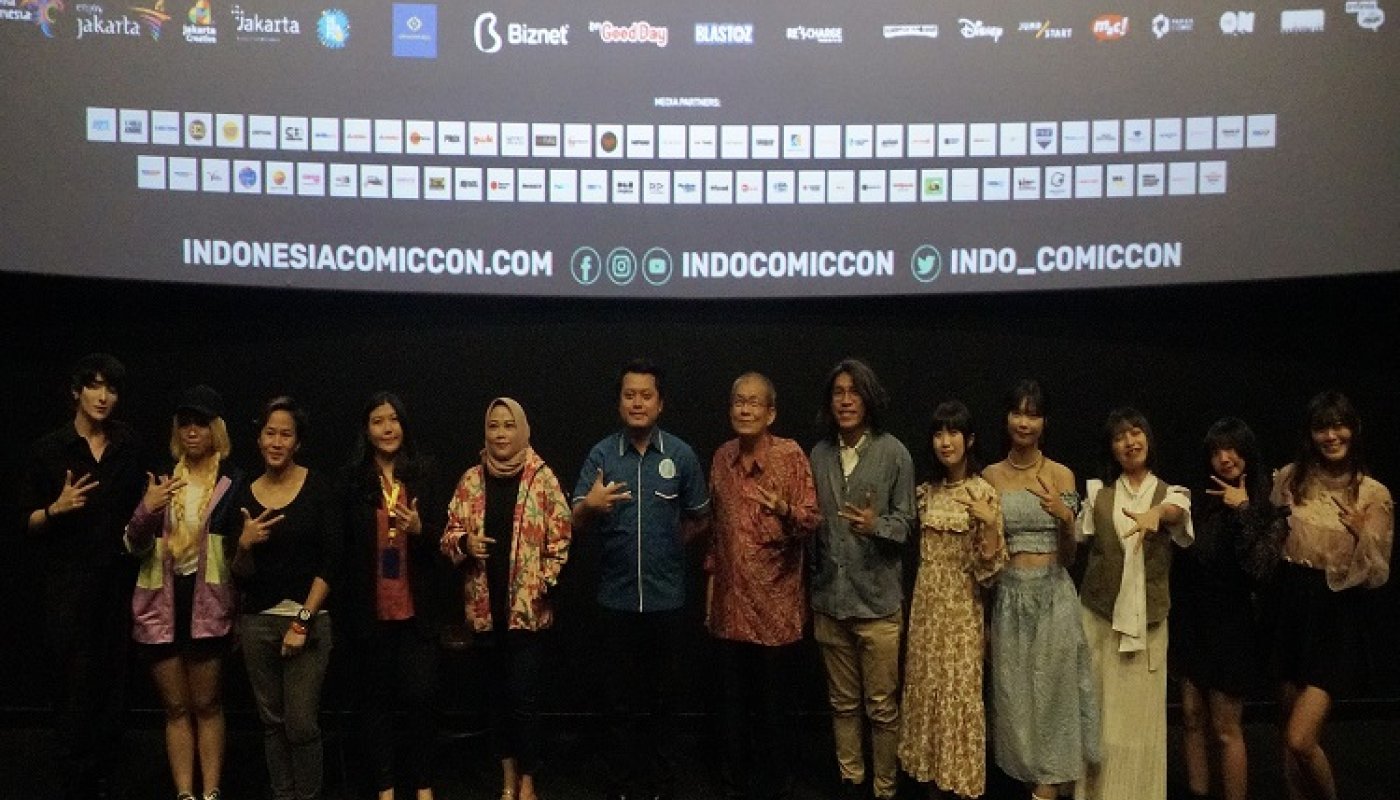 Panorama Media Director Royanto Handaya said, “Indonesia Comic Con is a celebration event that is always eagerly awaited by tens of thousands of fans of the pop culture world. Grateful not only the thousands of fans who support our event this year, but the Ministry of Tourism and Creative Economy (Kemenparekraf), the Creative Economy Movement (Gekraf), and the DKI Jakarta Provincial Government. Not only that, many brands also support our event such as our main sponsor TikTok Shop, as well as official co-sponsors NFT ticketing partner SerMorpheus, Official Drink Partner Good Day, Official Food Partner Blastoz, and also our sponsor brand Paras Comic. Looking at the diversity of brands that are partners in supporting the event, it makes us even more convinced that Indonesia Comic Con is an event that will always be in demand, not only to be loved but also to create.” 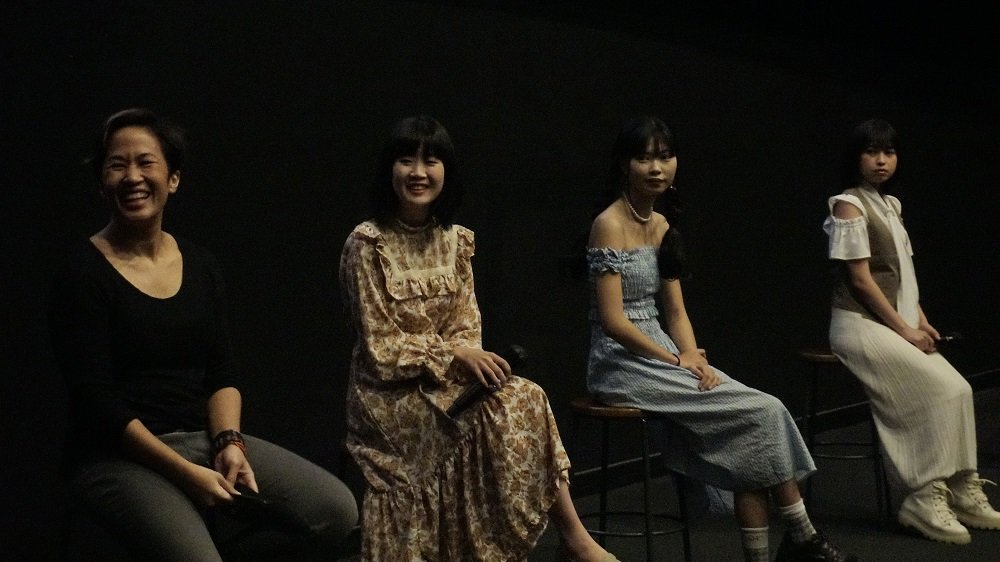 Indonesia Comic Con is also an event for brands to promote their products and also movie launching. Andita Tirtawisata also said, “Yes, several movie launches will be at Indonesia Comic Con, including “Sri Asih” from Screenplay Bumilangit which is based on the fictional character of RA Kosasih, Mr. Komik Indonesia, and also “Tira” the first live action superhero series from Indonesia. Bumilangit Cinematic Universe, which will soon be exclusively broadcast on Disney+ Hotstar, and also “Qodrat” directed by Charles Gozali. Some of the films that are also campaigning at Indonesia Comic Con are “Avatar”, “Andor”, “She Hulk”, “Black Adams”, and also “Dungeons & Dragons”. There are also several product launches, such as Infinix’s collaboration with Komik Ga Clear, Paras Comic mobile app and also Digitalogy.”

At the Indonesia Comic Con 2022 event, TikTok Shop is present as the main sponsor to introduce a new way of shopping for various fashion needs from pop culture lovers. Carrying the theme “For Your Fashion”, TikTok Shop wants to support pop culture lovers and fans to find the latest styles and trends through a variety of superior fashion products presented at this event.

Accommodating the creativity of pop culture fans, Desey Muharlina Bungsu, Fashion Category Lead, TikTok Shop Indonesia said, “We want to provide convenience for the pop culture community in Indonesia to get inspiration to shop for the latest fashion needs from popular characters to cosplay costumes through TikTok Shop. Our participation in this event is also a manifestation of our support for local brands in Indonesia that are increasingly enlivening the fashion market in the pop culture category. We hope that this step can support the growth of the local fashion industry as well as the development of the world of pop culture in Indonesia.”

At the Indonesia Comic Con 2022 event, presented by TikTok Shop which will be held on October 1-2, TikTok Shop will showcase a variety of superior fashion products from a number of sellers that can be purchased online with exclusive promos through the TikTok Shop. Visitors can also take part in various exciting activities that have been prepared, starting from taking pictures at the TikTok Shop photobooth with a dynamic green screen where visitors can choose several backgrounds that have been provided, participating in the Filter Challenge when visiting the TikTok Shop booth for a chance to win attractive prizes, to participate in giveaways for the opportunity to get fashion products and other products for free! All TikTok Shop brands and sellers participating in Indonesia Comic Con 2022 also have a special page within the TikTok application during the event period.

Temi Sumarlin, Daily Chair of Gekrafs said, “Gekrafs is a community movement and creative economy actors who want to make the creative economy a locomotive towards Indonesia’s future. The Indonesia Comic Con 2022 event, presented by TikTok Shop, turns out to take on a role as a forum that brings together creative actors with true fans of pop culture in Indonesia, wanting to promote works and creations from the Indonesian homeland as Local Rise Up, which turns out to be no less good than foreign production”.

For film lovers, Indonesia Comic Con presents virtual guest star Brandon Routh, a Superman Return player. Indonesia Comic Con also collaborates with several production houses such as Screenplay Bumilangit which will bring Pevita Pearce and Jefri Nichol. In addition, Disney+ Hotstar with Screenplay Bumilangit will also present a row of cast and filmmakers from the “Tira” series, such as Joko Anwar who is the producer of this series, Zahir Omar as the director, Chelsea Islan as the actor of Tira, as well as other players, and finally there is “Qodrat” which will bring Marsha Timothy and also Vino G. Bastian along with the filmmaker “Qodrat”.

For VTuber lovers, Indonesia Comic Con presents two well-known VTubers from Hololive Indonesia, Kobo and Moona, and several other VTubers from different agencies such as Crystella, Mythia Batford, and Ghosty.

For comic lovers, don’t forget Indonesia Comic presents one CGC from the Philippines, and also international comic artist Carlo Pagulayan. Not only that, comic artists Ario Anindito, Alti Firmansyah, and Sweta Kartika where later there will be live drawing comic artists on the main stage of Indonesia Comic Con and comic signings witnessed by CGC.

“After two years of no face-to-face events, finally ICC can open its doors to fans of the pop culture world. A lot of eyes from fans, studios, IP owners, communities and journalists watching. Not only fans, we as event organizers also feel the absence of Indonesia Comic Con. Therefore, seeing the enthusiasm and warm welcome with renewed enthusiasm from Indonesia Comic Con fans brings great hope for us. Hopefully, Indonesia Comic Con can continue to take over for the development of the world of pop culture, especially Indonesian pop culture,” concluded Royanto Handaya.

Indonesia Comic Con, presented by TikTok Shop, pre-sale entrance ticket IDR 75,000 per day for regular, normal ticket price for regular IDR 125,000 per day, IDR 200,000 per two days. Also available for VIP Cosplayers at IDR 200,000 and also Super VIP at IDR 1,000,000 which can be accessed for 2 days. Pre-sale, VIP Cosplayer and Super VIP purchases are only available at SerMorpheus, for regular tickets per day, per two days and regular tickets for cosplayers (IDR 100,000 per day) can be purchased through Loket.com, Gotix, Tokopedia, Shopee and Blibli.