% Arabica has further cemented its status as a key player in the coffee lifestyle scene in Indonesia. After launching its fourth outlet in Indonesia in Bali last August, % Arabica has launched its fifth store and the first roastery in the country this month.

% Arabica Jakarta Roastery is located on Jalan Taman Gunawarman Timur No. 6, in the heart of Jakarta’s prominent culinary district of Senopati - Gunawarman. Designed by Paris-based design firm Ciguë, the design concept gets its inspirations from Dutch colonial architecture (still very present in certain areas of the city), industrial factory zenithal windows, traditional Javanese craftsmanship (especially for wooden framework and joinery details), and % Arabica’s precision around the craft of coffee making.

This is the fourth project that Ciguë delivered for % Arabica global and the first conception including architecture building as well as interior design for the brand. Previously, Ciguë designed % Arabica Dumbo Roastery in Brooklyn, New York, % Arabica Kuwait Assima Mall in Kuwait City, and % Arabica Marrakech M Avenue in Marrakech, Morocco.

The building was designed around the Probat UG22 vintage coffee roaster that is the star feature. The ground floor, the passageways and the mezzanine are all points of view offered to visitors on the activity of the roasting workshop. It also incorporates floor-to-ceiling windows to maximize natural light in the two-floor outlet. At the front, there is a long terrace that opens out to the street and welcomes visitors.

The first % Arabica Roastery in Indonesia is outfitted with a Probat UG22 vintage roaster that can roast around 22 kilograms of coffee beans per batch and is overseen closely by % Arabica’s head barista to obtain the best results. The German-made machine is a coffee process pioneer, having been in existence since 1868. Probat has become the world market leader in machinery and systems for the coffee and food industry.

“The opening of % Arabica Jakarta Roastery is part of our commitment as a key player in the coffee industry in the country. The increased capacity the roastery brings will mean that we will be able to supply the growing market demand for % Arabica’s excellent coffee,” said Astrid Kusumadewi, General Manager % Arabica Indonesia.

The % Arabica Jakarta Roastery also serves the % Arabica menu, from its signature lattes and the crowd-favorite Coffee and Matcha % Soft Cream. 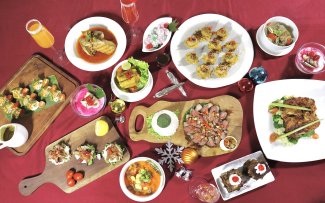 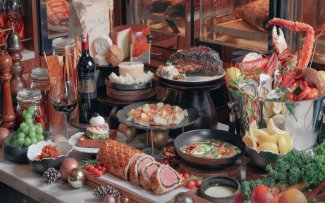 Holiday’s Festivity at The Langham, Jakarta 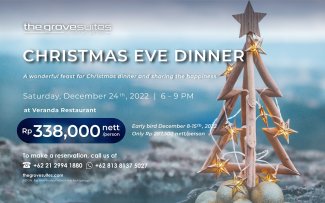 Festive Celebration at The Grove Suites By Grand Aston